This spacious detached house in a prime location in Berlin-Frohnau was built in 1938. From January to August 2018, it had been 2/3 (two thirds) refurbished, partly with spatial restructuring, and modernised in terms of technology and heat economy. With 6 ½ rooms, 2 garages, 2 terraces, a balcony and more than 1500 sqm of garden, which is also being comprehensively redesigned, the house is the ideal retreat from the city of Berlin.

The detached house is being fully modernised and boasts 180 sqm of living space and a further 130 sqm of usable space, some fully developed, which is generously divided up into 6 ½ rooms, 3 bathrooms and a spa area. The bedrooms and children’s rooms are located on the upper floor of the house. The loft is also being converted into a cosy bedroom with its own staircase and air conditioning system.

As a result of the partial restructuring of the rooms, large, modern and open communal areas are being created on the ground floor. In addition to a gallery with designer floors and floor-to-ceiling windows looking out onto the garden, the ground floor is also home to a bright and spacious living room featuring a herringbone parquet floor. An opening from the kitchen into the dining room, which in turn leads directly to the garden’s covered terrace, opens the space up into a 30 sqm combined kitchen and living room. The fitted kitchen from “Sachsenküchen”, offers state-of-the-art kitchen appliances, a dining area and designer decked flooring.

Situated over 60 sqm of usable space in the cellar area, there is a spa area with a sauna, hot tub, walk-in rain shower and a walk-in wardrobe. Directly adjacent to this, there is a bright office space with a light garden, which might be used for a variety of purposes. The cellar of the house is also home to several storage and stock rooms as well as a work bench and garage (70 sqm).

The house has a new central oil heating system with a central hot water storage tank and an automatic garden irrigation system. And your safety is also provided for: the windows on the ground floor are made of safety glass (partly triple glazing), which can additionally be secured by means of lockable window handles and electric shutters (with timer).

The highlight of the house is the 1500 sqm garden with an outdoor lighting system. In the centre of the garden, stands a 300-year old oak, which is surrounded by a teak bench and can be illuminated by means of a spotlight as and when required. In addition to the redevelopment of the house, the garden has also been lovingly redesigned.

There is guaranteed parking outside the house’s own front door. Nevertheless, 92 Alemannenstraße has two covered car parking spaces on the property – a garage in the cellar and a carport on the right side of the house, in which bicycles might also be placed. The garden gate system can be opened electrically by remote control. 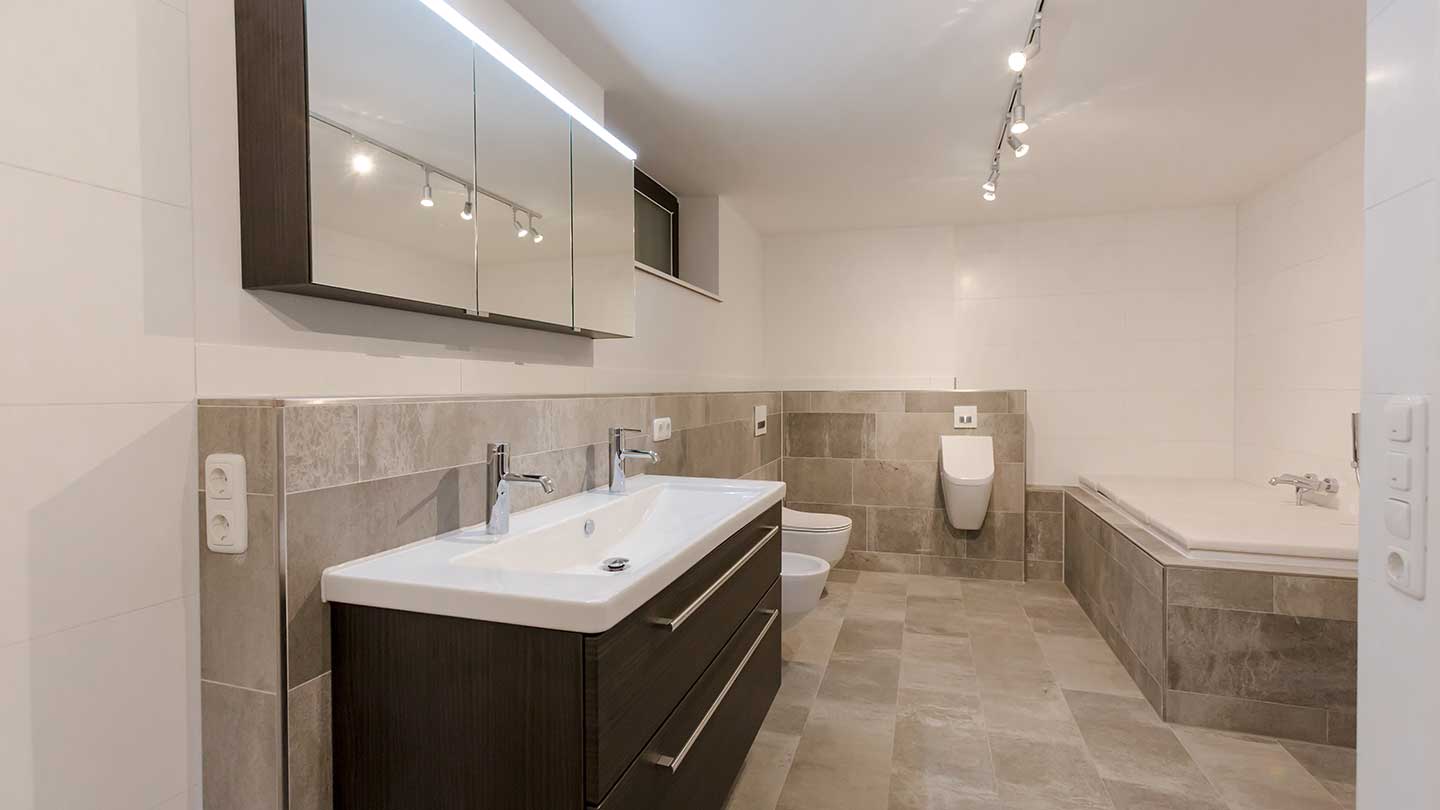 The detached house lies in the north at the border of Berlin and only a few hundred metres away from the former border strip, which is very much suited to running and walking. 92 Alemannenstraße is located not far from the centre of Berlin’s Garden City of Frohnau and approximately 15 minutes’ walk to both the Ludolfinger and Zeltinger squares. There you will find numerous opportunities for shopping as well as doctors, pharmacies, cafés and restaurants and several weekly markets which are spread out over the year. Furthermore, there are several sports & leisure opportunities in the immediate vicinity, such as the Frohnauer polo pitch with riding facilities, a riding hall, football club, tennis club and golf course including a golf school.

The road was repaired or renewed about 6 years ago by the district council. In addition to redesigning the pavements, the former cobblestone road surface also gave way to so-called ‘silent asphalt’, which significantly reduces traffic noise. The public transport connections via the S-Bahn suburban railway (S1), two BVG bus routes and a central taxi rank are also very good.